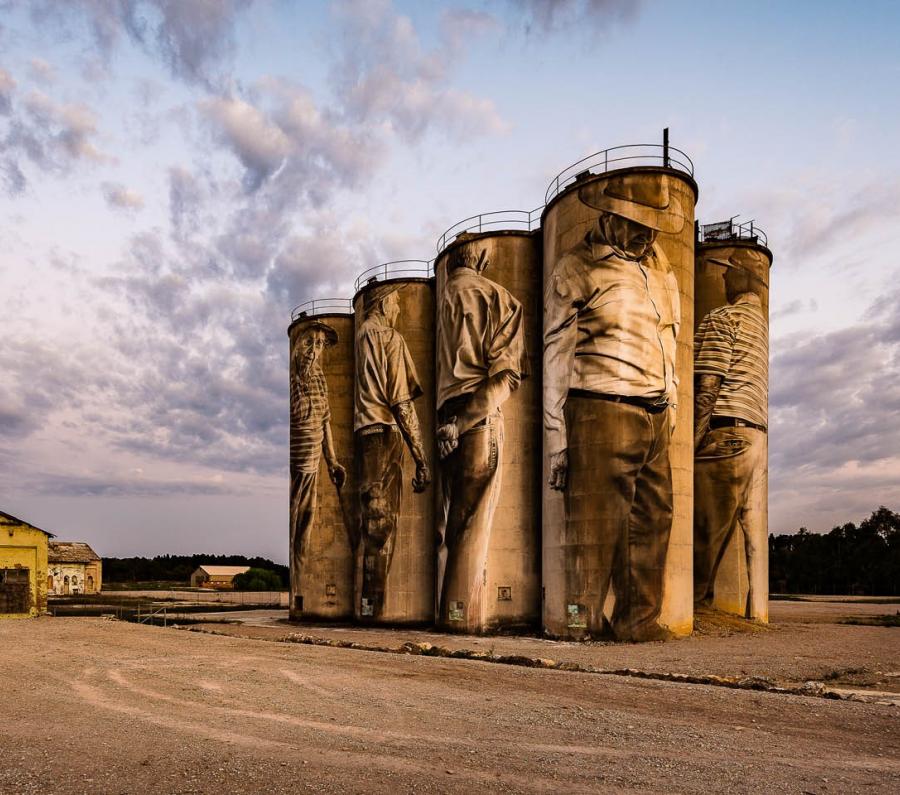 To restore our economy, Australian cities should embrace culture and imagination

Covid-19 has sent Australia’s creative industries into distress, and the damage has been severe. More than half of the jobs (53%) in this sector ceased to function during lockdowns, resulting in hundreds of thousands of job losses across Australian cities. But what if we actively invest in making places more unique, exciting and creative? Could we make domestic travel more appealing – or even – make Australian cities the envy of the world?

It seems like a logical choice, considering the creative sector has been – until now - a multi-billion-dollar industry. Today there are over 600,000 people in the arts and creative sector and in 2017 alone, it contributed over $111 billion in the Australian economy. That’s more than five times the contribution the aviation industry makes. It’s been a growing sector that not only creates jobs, but has built the brands of our cities to global audiences through light shows, theatre and architecture. It creates intimate experiences that reveal our places and people to the world. On top of this, quieter forms of creativity - including live music, public art, and even skateboarding and street art– act to enhance local identity, giving meaning to our neighbourhoods and creating attachment to places that are uniquely Australian.

As a result of this pandemic, we’re set to lose more jobs in the creative sector than any other. The consequences of which go beyond the loss of entertainment. It puts at risk Australia’s appeal at a global scale and endangers the well-being of our communities.

In 2015 renowned urban theorist Charles Landry explained, “culture determines what a place is, and creativity is its lifeblood.” The role of culture is a major and driving factor for the process of urban identity and tourism. It plays an extensive role in the competitiveness of Australian cities and towns, both between themselves, and within their international context.

Landry has developed an ethos on what he calls, “Creative City Making”. This, he says, “makes the best of what people have… It’s an ethos that aims to bring out the opportunities that people have inside them, and to think, plan and act with imagination”.

Landry’s ideas have gained significant traction with policy makers and planners around the world. When cities become more than just infrastructure, they make us feel good, they make us want to communicate with each other, and they create a sense that a place brings us together. This builds a distinct identity that is attractive to those who visit. Great places build captivation, intrigue and become “destinations”.

Creativity, however, faces a fundamental challenge: it is hard to measure. Often defined as “the ability to be different in a useful way”,the term creativity in and of itself is somewhat ambiguous. And trying to measure the success of creative thinking, is therefore, inherently difficult. But that doesn’t mean it should be overlooked. Australian cities should be developing their competitive advantage by enhancing their differences and the attributes that make them truly unique.

Firstly, by supporting Aboriginal art and storytelling. With over 60,000 years of attachment to this land, Aboriginal culture is intrinsic to the DNA of Australian places. And there is a lot we can learn from it. Aboriginal people know that if we care for Country, it will care for us. If planning considered people, animals and resources more equally, we would could not only create a more ecologically sustainable future, but also more engaging, interesting experiences that heighten the senses and form a deeper sense of place.

Secondly, we should support and magnify what already exists and works well. We have an incredible number of cultural success stories across Australia: innovative arts centres supporting distinct local cultures, artist-led programs such as Kaldor Art Projects, creative start-ups, and world-renowned institutions (like Sydney’s Carriageworks and Powerhouse). Many of which have grown organically and therefore possess and authenticity that is a valuable point of difference. Responding to the needs of these successes can further help them to build their established networks and continue to support the communities within which they sit.

Thirdly, we should explore new opportunities to develop new live-work and co-working models, particularly those that support creatives and “maker-doer” businesses. Over the past few decades our inner cities have steadily lost employment land as residential demand has risen, and businesses that require large machinery and storage space have steadily been pushed to the periphery. By co-locating a true mix of uses, we can help shift the economy of our cities from places of transaction and consumption, to creation and innovation. Cities that lead in cultural production project their identity to the world, developing a distinct place brand and competitive advantage.

Lastly, we should aim to build our cities as emotional experiences, because this is what their true essence is. Cities are places of openness and discussion. And it is the job of planners, place makers and designers to create places for people to express themselves through art, music, creation and socialisation. The social DNA of a place is what will make it work, or not work. Copenhagen, Denmark is a human experience at every turn – its architecture evoking a type of playfulness, art spaces offering intrigue and surprise,  and hybrid precincts such as The Meatpacking District operate as places for creative production, social connection and artistic expression.

The pandemic has resulted in the closure of bookshops, galleries, cinemas and music venues across the country: causing a major blow to the economy. At the same time, the transformative impacts of the pandemic has prompted fundamental questions about city living, and what the future of our neighbourhoods will look like. As our nation craves the return of cultural life, perhaps it’s time to consider the words of Landry, and “create our cities with the conditions where people can, think, plan and act with imagination”.